Having been absent for the last fifteen years, the Solido Club is finally making its comeback! And in order to make its return as spectacular as possible, we are launching it with the legendary Solido 100 Series!

Solido : a brand bringing people together for nearly 90 years. 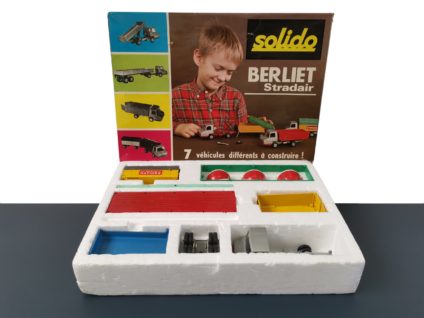 Back in 1932, Solido was born and quickly found fame among car collectors. Since 1934 Solido has brought together a large community of fans throughout France as well as in Europe and the world.

It was back in 1957 that the brand produced its first 1:43 scale car as well as its first reproduction of an actual car. Thus was born the legendary 100 Series, with the no. 100 being the Jaguar D “Le Mans”.

Back in the eighties, to celebrate 50 years of Solido, the brand launched its Solido Club. The concept was simple: assemble all the aficionados of the French brand in one massive fan club (clubs were very much “in” in the eighties).

By joining this exclusive club, you gained access to a number of models as well as exclusive reviews, and had the opportunity to meet up with other fans once a year to visit the Solido headquarters! Unfortunately, the Solido Club was discontinued in 1991. 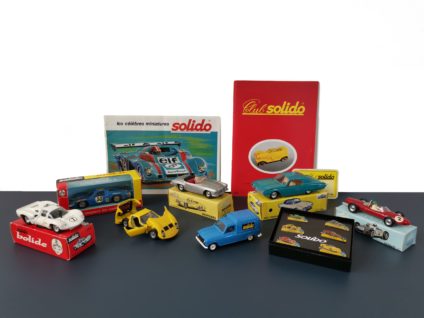 In 2001, ten years after the end of the Solido Club, the new owners of the brand decided to relaunch it.

2006 came along and marked the end once more for the Solido Club as well as the Oulins factory, despite a rather daring leap into the Internet (quite a feat for the time). 13 years later, we took over the Solido brand and decided to relaunch Club Solido.

To mark the occasion we will reproducing the legendary 100 Series. A selection of models that were originally from this collection will be included to the tune of one per month. The new 100 Series will be produced using modern techniques, but will respect the exact dimensions and design (livery included) of the original models. As an added bonus we will also be reproducing the original boxes of the 100 Series.

As you might guess, the third act of the Solido Club has every intention of reuniting once more fans of the Solido brand. Be they veterans or newcomers, all are welcome! Adhering to the Solido Club means becoming part of a family that has seen decades pass, and has an unconditional love of cars dating all the way back to the fifties!