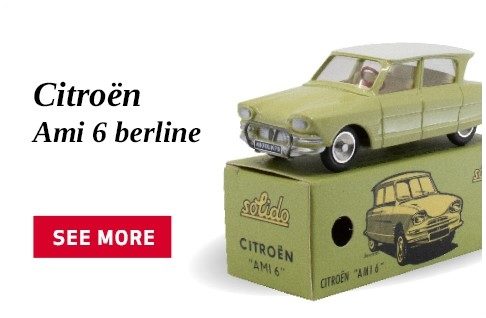 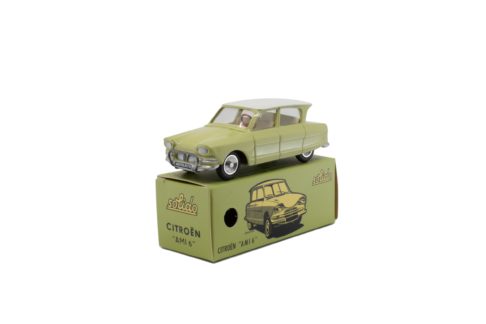 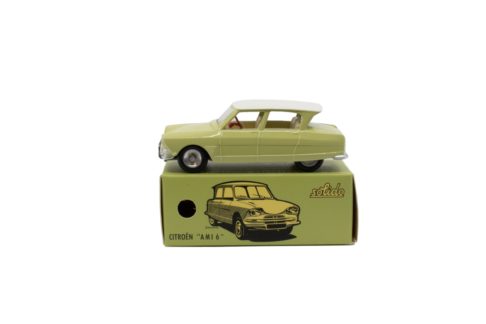 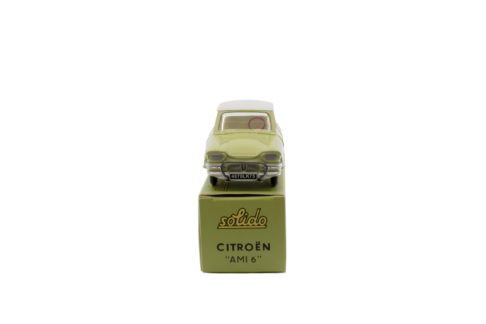 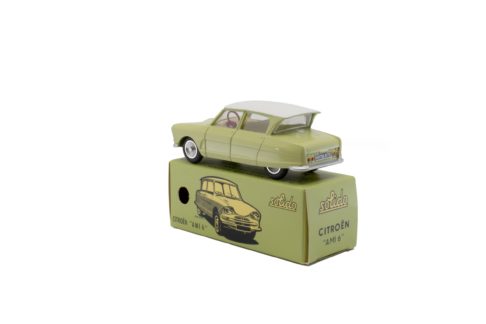 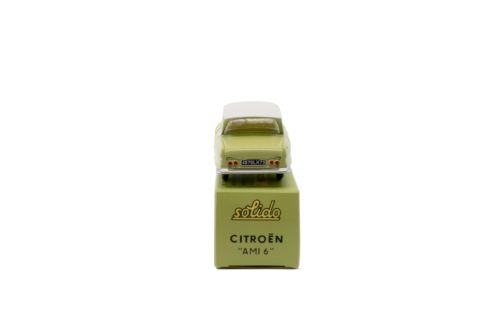 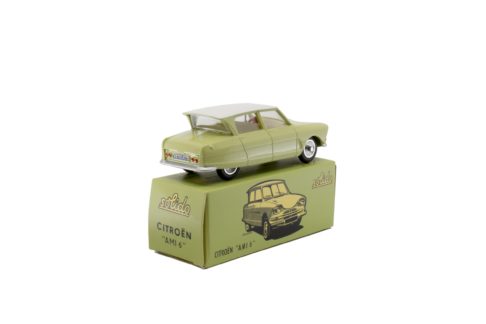 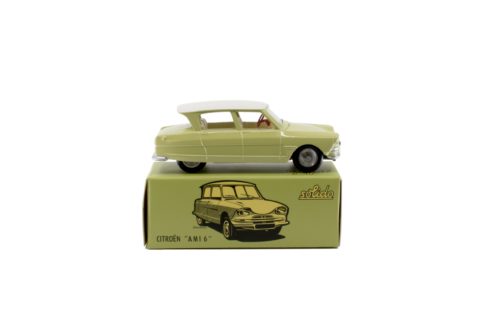 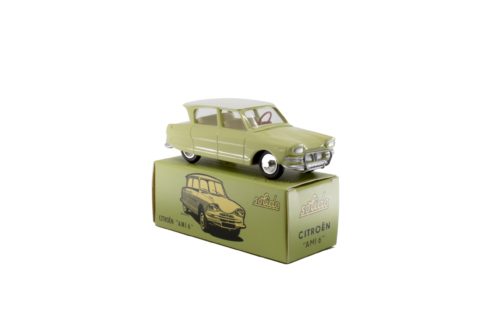 The Citroen Ami 6 sedan was the first French sedan produced by Solido (ref. 114). It was notably the first to include a special steering wheel, and is presented here in its original green livery with its white roof.

Back in the sixties in the Citroen brand there were two cars – the 2CV and ID19 – and nothing in between. It was in this context that project M saw the light of day and in 1961 the Ami 6 was born. More than one million units of the Ami have since been sold.